Twenty peer reviewed studies and more than fifty demonstrations have found that when a relatively small proportion of a population practise Transcendental Meditation and its advanced programs there is  a decrease in negative trends such as crime, violence and fatalities. This is known as the Maharishi Effect. Our book An Antidote to Violence: Evaluating the Evidence investigates the evidence for this phenomenon in more detail.

Maharishi proposes that just as stressed individuals can suddenly erupt in violence, so high crime occurs when the collective consciousness is tense, angry, or otherwise incoherent. The resulting lack of individual and communal success, inevitably arising from an incoherent atmosphere, leads to a situation where neither the individual nor the community can find fulfillment.

If the influence is positive, then life proceeds harmoniously. If individual tension and stress spread into the collective consciousness unchecked, then a negative influence is created in society, generating further tension and stress in the individual. This increased stress can be measured by an increase in homicides and accidents, both of which correspond to less order or coherence in the collective consciousness, which if not dealt with, can eventually boil over into social unrest, violence, and loss of life.

The cause of inner and outer conflicts, with which life on earth has for so long been plagued, lies not in the variety of life’s expressions, but in man’s failure to infuse that variety with the unity, the infinite correlation, which lies at the source of all diversity. This failure is in turn due to lack of knowledge.[ii] – Maharishi

It appears to be a principle in nature that internally coherent systems possess the ability to repel external influences, while incoherent systems are easily penetrated by disorder from outside. This is what happens with the Meissner Effect.

In 1933, two German physicists, Walter Meissner and Robert Ochsenfeld, discovered the Meissner Effect—a phenomenon occurring in certain metals at exceptionally low temperatures and typified by a total absence of magnetic infiltration. In an ordinary electrical conductor, incoherent disordered electrons allow penetration by an external magnetic field (see fig 8.3). In a superconductor, coherent collective functioning of the electrons spontaneously excludes an external magnetic field, and enables the superconductor to maintain its impenetrable status. Physicists working with Maharishi have suggested that the Maharishi Effect may work in an analagous way to the Meissner Effect. 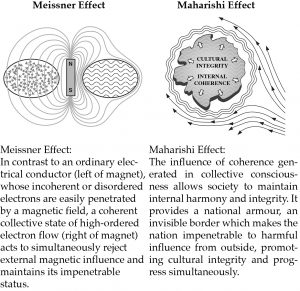 A Physical Explanation of the Maharishi Effect?

First, the human mind, including consciousness and reflective thought, can be explained by activities of the central nervous system, which, in turn, can be reduced to the biological structure and function of that physiological system. Second, biological phenomena at all levels, can be totally understood in terms of atomic physics, that is, through the action and interaction of the component atoms of carbon, nitrogen, oxygen, and so forth. Third, and last, atomic physics, which is now understood most fully by means of quantum mechanics, must be formulated with the mind as a primitive component of the system. – Harold Morowitz

Quantum field theory has led an increasing number of scientists and philosophers to think that a unified field theory could shed light on our understanding of consciousness. In 1994, the editors of the Journal of Consciousness Studies wrote, “There is increasing acknowledgement within the scientific community that there are some striking parallels between the properties of consciousness and those of quantum systems. The attempt to develop a physical theory which links the two together is one of the hottest areas of consciousness studies at the moment”.[iii].

Maharishi maintains that such parallels are more than interesting analogies suggesting a fundamental and ultimate identity between consciousness and the unified field. He comments:

“Infinite creative intelligence belongs to the unified field of natural law, which we understand to be the field of our own self-referral consciousness, our own Transcendental Consciousness. This level of intelligence is a field of all possibilities because it is from this level that all streams of natural law spring to create the infinite diversified creation and maintain the evolution of everything”.[iv] – Maharishi

According to Maharishi, natural law is the sum total of all the laws of nature that govern the universe, the holistic value of all the laws, and the source of all order in the universe. Elsewhere he writes: “the Unified Field and its self-referral dynamics is the basis of the entire diverse creation, and therefore cannot ever be forgotten or lost; being consciousness, fully awake within itself, it cannot ever forget itself, it cannot ever be lost”.[2][v]

In yet other writings, he explains that when the human mind settles down and identifies with pure consciousness, another term for Transcendental Consciousness, then this is equivalent to experiencing the unified field, which also forms the basis of collective consciousness.

Maharishi maintains that consciousness, rather than matter, is fundamental. Other physicists have drawn similar conclusions. These are some of their comments: (could try and get photos of each physicist)

Quotes from physicists on consciousness and subjectivity 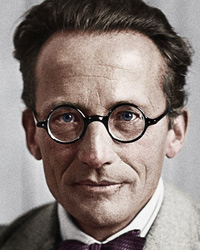 “Subject and object are only one. The barrier between them cannot be said to have broken down as a result of recent experience in the physical sciences, for this barrier does not exist.”[vii] – Erwin Schrodinger: one of the founders of quantum theory 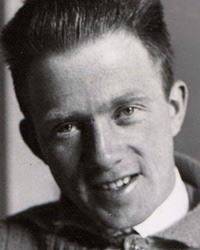 “The common division of the subject and object, inner world and outer world, body and soul, is no longer adequate and leads us into difficulties.”[viii] – Werner Heisenberg: founder of quantum theory and Heisenberg’s Uncertainty Principle 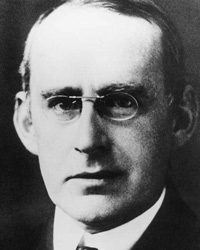 ““The stuff of the world is mind-stuff.”[ix][vii] – Arthur Eddington: Provided experimental evidence of Einstein’s General Theory of Relativity 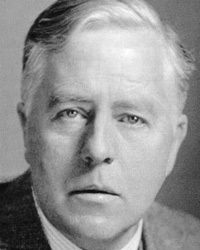 ““Mind no longer appears as an accidental intruder into the realm of matter, we are beginning to suspect that we ought rather to hail it as the creator and governor of the realm of matter.” – James Jeans: A mathematician from Cambridge University 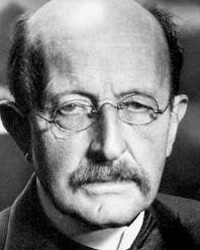 “I regard consciousness as fundamental. I regard matter as derivative of consciousness.”[vii] – Max Planck: Nobel laureate and regarded as ‘father’ of quantum physics 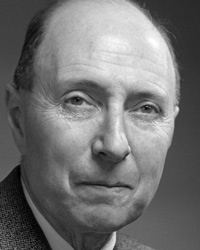 “It is impossible to give a satisfactory description of atomic phenomena without reference to the consciousness.”[vii] – Eugene Wigner: Nobel Laureate discovered fundamental principles of symmetry in nature 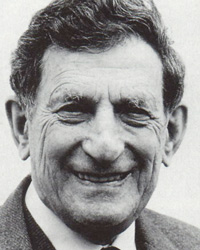 “Stated that both relativity and quantum theory “imply the need to look on the world as an undivided whole, in which all parts of the universe, including the observer and his instruments, merge and unite in one totality. In this totality, the atomistic form of insight is a simplification and an abstraction, valid only in some limited context.”[xiii] – David Bohm: theoretical physicist 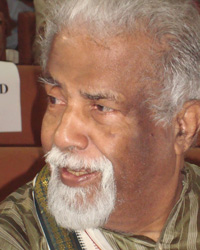 “The self-referent quality of consciousness, and with it the multiple co-existing levels of poetic, non-logical, non-linear, mutually contradictory thoughts and feelings characteristic of the human mind, are much better modelled by non-commutative (self-referent) operator dynamics of quantum theory than they are by classical dynamics.” – ECG Sudarshan: nominated six times for a Nobel Prize 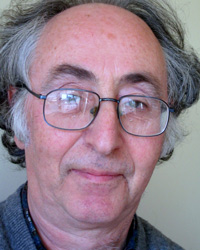 “If scientists as a whole denounce an idea this should not necessarily be taken as proof that the said idea is absurd: rather, one should examine carefully the alleged grounds for such opinions and judge how well these stand up to detailed scrutiny.”[xiv] – Brian Josephson: Nobel Laureate for discovering the Josephson junction 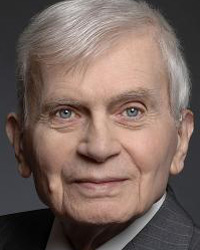 “The doctrine that the world is made up of objects whose existence is independent of human consciousness turns out to be in conflict with quantum mechanics and with facts established by experiment.”[xv] – Bernard d’Espagnat: theoretical physicist at CERN and the Sorbonne 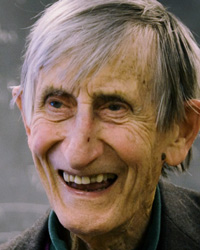 “Mind is inherent in the way the universe is built.” – Freeman Dyson: mathematician and physicist 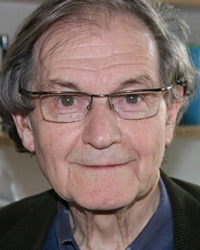 “The need for mentality to be ontologically fundamental in the Universe.”[xviii] – Roger Penrose: Proved that black holes could be formed from the gravitational collapse of dying immense stars 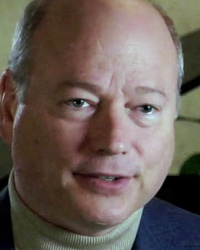 “The unified field is a non-material, self-interacting, self-aware, dynamic field of intelligence, which is equivalent to saying that it is a field of universal consciousness. It has all the fundamental characteristics of consciousness.”[xviii] – John Hagelin: CERN physicist and expert on string theory

Such a diverse roll-call of physicists, a roll-call that is by no means exhaustive, does suggest that theorising an intimate connection between physics and consciousness is not unreasonable.

Dr John Hagelin.  received his doctorate from Harvard University under Howard Georgi, who, together with colleague Sheldon Glashow, developed the Grand Unified Field theory. His scientific contributions in the fields of electroweak unification, grand unification, supersymmetry and cosmology include some of the most cited references in the physical sciences. In recognition of his outstanding achievements, he was honored for his promising work in particle physics in the development of supersymmetric grand unified field theory and named recipient of the 1992 prestigious Kilby Award, which recognizes scientists who make “significant contributions to society through science, technology, innovation, invention and education.”10 While he has published many scientific articles on unified quantum field theories and related topics, he is also a world expert and pioneer of research on human consciousness.

“Once time and distance become ill-defined, the classical notion of causality has no meaning. The three fundamental pillars of rational, deductive logic—time, distance and causation—have crumbled. Our purely intellectual objective approach to gaining knowledge, which has led us to ever more fundamental space-time scales, has transcended its own methodology physics has walked the Planck!” – John Hagelin

“We know, if we drop a stone in a pond, the ripples begin to move, and they move over the whole pond, reaching all the extremities. One slight stir in any part of the pond stirs the whole pond, influences the entire field of water, and its surroundings. Similarly, by every thought, word and action, every individual is setting forth influence in his surroundings, and that influence is not restricted to any boundaries. It goes on and on and reaches every level of creation. Every individual, by his every thought, word and action, shakes the entire Universe. This is the status of an individual. One is connected with the whole Universe by every little bit of activity. An individual appears to be bound by the boundaries of home and by the boundaries of his own body, but in reality the subtle aspects of the individuality go to make universal existence. An individual is never an isolated individual. He is intimately interrelated with the whole Cosmos. Even more than that, he shares the responsibility for the life of the whole Cosmos. The entire Universe lies in the individual. Cosmic existence lies in the existence of the individual. Cosmic life rests in the individual life, and the individual life extends to cosmic life. The individual and the Cosmos are interdependent. Neither of them is independent of the other. Every move of the individual shakes the Cosmos.” – Maharishi Mahesh Yogi

“The quantum principle guarantees increasing dynamism at fundamental space-time scales. If the state of least excitation of a field, the vacuum state, were flat it would not be dynamic as required by the quantum principle. But if the field had any other specific shape, the vacuum would be “lumpy”, and hence would not be uniform and spatially unbounded. Therefore, since the vacuum state of a field cannot be flat, and cannot have any other shape that is not flat, it must not correspond to any specific shape. Again we conclude that the vacuum must be the coexistence of many shapes – indeed all possible shapes – and is thus a field of all possibilities. The vacuum state represents uniquely balanced coexistence of shapes which is spatially uniform and hence unbounded. No other state has the quality of perfect balance”.” – John Hagelin, Foundations of Physics and Consciousness, Fairfield, MUM press p. 4.3.

[2] Self-referral dynamics refers to the ability of the unified field to create the universe from within itself.